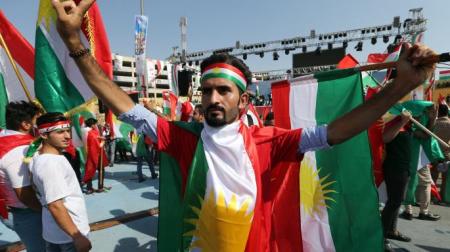 The Turkish government has imposed curfews in many cities bordering Syria that face increased threat, as Kurdish conflicts that previously plagued the mountainous countryside move toward cities in south and southeastern Turkey.

Both the U.S. and EU label the PKK a terrorist organization; however, pro-Kurdish news sources claim that recent airstrikes by the Turkish military have increased civilian casualties.

Recent successes of the Syrian Democratic Forces in opposing Islamic State fighters in neighboring Syria have escalated this four-decade-long conflict. Prominent elements of the SDF include the military arm of the Syrian pro-Kurdish Democratic Union Party (PYD). Turkey regards these Syrian Kurds as allies with the PKK.

While the PYD openly confirms it pursues an autonomous Kurdish region, it denies direct affiliation with the PKK.

The Turkish government fears that if the PKK is not quelled within Turkey’s border before their allies the Syrian Kurds fully seize northern Syria from IS, the country will face a Kurdish nationalist stronghold across its southeastern border.

Kurdish fighters in Syria have proven extremely effective against IS, earning U.S. support through armaments and logistical support. However, this is a group that Turkish President Recep Tayyip Erdogan has repeatedly shelled with artillery.

Erdogan continues these strikes despite pressure to cease from Washington, the EU, and the U.N. When Kurdish leaders accuse Turkey of supporting IS with these strikes, Erdogan counters that his military has supported NATO operations that target IS, and that his strikes were aimed at IS fighters in Syria.

While U.S.-backed Syrian Kurds pursue control of northern Syria, the PKK threaten civil war if Turkey does not stop attacking the Syrian Democratic Forces in Syria.

As IS continues to lose ground in Syria, Turkey’s relationships with Kurdish factions are likely to deteriorate while the prospect of a Kurdish-controlled northern Syria becomes more likely. The U.S., EU, and U.N. will need to determine how to pursue stable relations with Turkey and fair treatment of Kurds while fully repelling IS fighters.