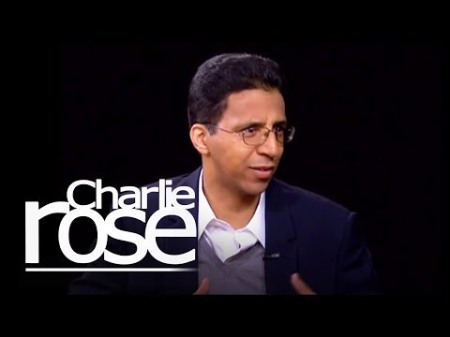 David Barboza spent a year and a half compiling and connecting evidence which eventually led him to uncover billions of dollars amassed by the family of Wen Jiabao, China’s former premier.

The last thing he did before the New York Times published the story?

He went back to Beijing to meet with the Chinese government and other people involved in the story, even with family members of the premier, to confirm the information that he had uncovered. He made phone calls and said, “You can make a comment, but we have the evidence and we are publishing in 24 hours,” he said during a visit to Claremont McKenna College on Tuesday.

Out of fear for his safety with such a sensitive story, at certain points Barboza even had to relocate to New York and Tokyo to continue writing the piece, which was part of a Pulitzer Prize-winning series. Nonetheless, despite the pressure he was under and the threats he faced, he said he would never compromise his integrity for a story.

A well-trained journalist should have ethics, professionalism and responsibility “drilled into your head, that no matter what the company or the government does, I’m going to consider their perspective of the situation,” he told a capacity audience at the Marian Miner Cook Athenaeum. “I think we owe that to them.”

Barboza described in detail how he was able to investigate the tangled web of Wen’s family fortunes.

It started with murmurs during dinner conversations and rumors that bankers and private equity investors would casually share about the secret fortunes of the members of China’s Communist Party Standing Committee – the most powerful leaders in the country – but that nobody had ever publicly confirmed with hard evidence.

When Barboza started investigating, he was looking for an interesting angle on state capitalism in China, given the increasing role of high-profile politicians, and their family members, in China’s biggest corporations. He did not, however, expect the story to be so extensive and involve so much money.

He put in countless hours sifting through official company prospectuses and State Administration for Industry and Commerce documents discovering names of family members and looking up their government-issued national identification card numbers. He was able to confirm the names of family members through checking their dates and places of birth, which were embedded in the ID numbers given in the SAIC documents.

All the painstaking hours of research, helped Barboza base his story on legal documents, not just on sources. “I’m not about to do anything illegal for my research,” he said.

As time went on, he started to notice that those people were buying shares in companies timed perfectly to maximize their value. He then traced the connections between the family members and their declared investments, and found that many of the same people were key shareholders in both diamond businesses and private equity companies in which the wife and the son of former Premier Wen were involved.

All of his hard work paid off, as the story and follow-ups won him the Pulitzer Prize for international reporting in 2013. He also shared the Pulitzer for explanatory reporting, for the Times’ series on the darker side of the global labor economy.

The way he speaks is indicative of his approach to journalism – his soft-spoken tone reflects his thoughtfulness with words and the meticulous attention he pays to writing and editing his articles.

Naturally, one of Barboza’s biggest fears in journalism is thinking that he has it “figured out” but finding out later that he was wrong, and putting his career and the New York Times in jeopardy.

To him, his high regard for ethics stems from his basic philosophy of journalism: “not to be an activist, but to educate.”

In a separate classroom visit on Tuesday, he addressed the effects his stories have had. “You never know what’s going to happen with a story, and you should not be too caught up with it,” he said. “You should be judicious, conservative, and realize you’re just doing your job. You’re not trying to make yourself a hero.”

Indeed, Barboza’s biggest driver as a journalist is to capture stories in the most objective light possible. Given his high regard for ethics in journalism, the two questions he always asks himself when writing is whether he’s fair, and whether he gives the people he writes about a chance to respond.

“If I don’t pass that bar, I would not respect what I’m doing,” he said.