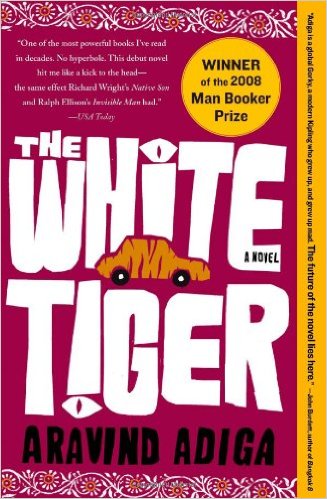 It is often said that the rapid growth of emerging economies leaves prevailing social issues of those economies unaddressed. If this is the case, “The White Tiger” by Aravind Adiga addresses, head-on, the deeply personal effects of social inequality, corruption and globalization in developing economies such as India’s that may not be included in their success stories.

Adiga, a novelist and financial journalist, won the Man Booker Prize for this debut novel in 2008. In it he paints a portrait of the ambitious, formerly poor, middle-aged entrepreneur Balram Halwai, whose story begins in the village of Laxmangarh – humble beginnings in a town run by wealthy landlords. The story is written in the first person and in letter form to Chinese Premier Wen Jiabao, who is set to visit India and learn about its entrepreneurship boom.

Balram implies that he has accumulated wealth as an entrepreneur, but also has a troubled history with police and corrupt businessmen. This tension between personal ambition and working within a corrupt system is one of the most prevalent themes in “The White Tiger.”

During his lackluster childhood education, Balram is told he is a “White Tiger” of his generation, or a prodigal son. Despite this promise, the intelligent but misguided protagonist must abandon his education to pay his cousin’s dowry.

Balram then becomes an autodidact and eventually takes a job driving a corrupt Laxmangarh landlord’s son and his wife. Balram’s proletariat family sees his working intimately with the landlord as betrayal, but Balram views the job as a necessary move up the hierarchy of rural India.

He continues to put his own success over moral obligations when, after his boss’s wife hits a child while driving Balram’s car, he murders his boss. Balram justifies this by citing the pressure to plead guilty to a crime he did not commit. He feels little remorse afterward, seeing the murder as an act of class-warfare justice. He hides the evidence and bribes the police to let him go. Balram then steals 700,000 rupees from his dead boss and starts his own taxi company in Bangalore, bribing the police again to allow him to do so.

Adiga’s novel portrays the “rooster coop” through Balram’s story, an oft-mentioned term describing the near-inescapable hardships of lower-class India. Adiga himself was born in India, but to more affluent circumstances, and earned degrees from Columbia and Oxford. Nevertheless, Adiga’s discontent with corruption in his homeland is evident through his depiction of the relative “Darkness” – hidden poverty – and “Light” – oft-touted economic success – of India’s social structure.

Adiga uses these terms frequently to show Balram’s transition from the Darkness to the more prosperous Light. “The moment you recognize what is beautiful in this world, you stop being a slave,” Adiga writes of Balram’s personal transformation, reflecting how the Light involves both material satisfaction and mental clarity.

“One fact about India is that you can take almost anything you hear about the country from the prime minister and turn it upside down and then you will have the truth about the thing,” Balram pens to Premier Wen, reflecting Adiga’s portrayal of India’s dichotomized identity.

However, Adiga’s presentation of class warfare leaves readers skeptical. For example, Balram’s boss’s American wife is an unapologetic caricature, and spews such venom to her driver as, “You’re so filthy! Look at you, look at your teeth, look at your clothes!” She epitomizes a deplorable, privileged, white expatriate living apprehensively but luxuriously in India. This character certainly fits Adiga’s message, but verges on satirical.

Additionally, although Balram’s ambition and strained familial relationship are relatable to many, the extremity of his actions – and lack of remorse – discredit the author’s mission of portraying Indian class struggle through the character.

Although Balram’s unchallenged murder and bribery rightfully imply that corruption in India is accepted and even key to success, those actions are not followed by serious reflection. This may be true, but Balram’s desensitization is unconvincing. Lest the protagonist verges on psychopathy, no first-time murderer could kill without some demonstrated sentiment of remorse.

“The White Tiger”’s humor, timely message and perspective make for an interesting read, but it is devoid of believable characters and comprehensive plot. Adiga’s harsh view of his homeland may be a necessary counterview to the common contemporary “underdog powerhouse” depiction of India, but Adiga ventures into territory that makes the reader unsympathetic to the character’s struggles.