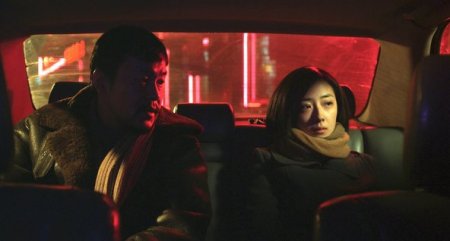 Although innovative in his approach of combining the elements of murder mystery and visual art, Diao risks confusing his audience with the complexity of the film. The stunning performances of the two leads – Liao Fan and Gwei Lun Mei – play beautifully into Diao’s nuanced vision. “Black Coal, Thin Ice” speaks volumes to audiences and won the Berlin International Film Festival’s prestigious Golden Bear award in 2014.

Diao has shown a preference for film noir in his previous works, which explore the concept of social realism. “Black Coal, Thin Ice” is no exception and presents an unfiltered look into murder, obsession, and seduction in industrial China.  Diao uses the elements of powerful imagery that paints the bleakness of the city, and the length of the scene shots to contribute to the narrative.

The setting is a northern China factory city in 1999, in which dismembered body parts are found in a coal factory – a connection to the English title of the film. Detectives are called to the scene and we are introduced to Detective Zhang (Liao), a serious character with a troubled present.  Diao pans to a scene with Zhang and his newly divorced wife that provides more insight into our complicated hero. At this point, the brutal authenticity of the images are triumphant. The scene pans back to the coal factory where the victim is identified as Liang Zhijun, a worker in one of the local plants.

A common element of the noir genre is the inclusion of a femme fatale, and “Black Coal, Thin Ice” is no exception to that. After a bloody interrogation at a hair salon, the film jumps forward five years to a weary and worn ex-Detective Zhang. This time-lapse differs significantly from the slow pace of the film and enhances the scenes that follow. Detective Zhang, now a security guard, is in an obvious state of trauma and has turned to drink to soothe away the haunting episodes of the carnage. Zhang is made aware of another dismembered body with the same signature of the ’99 murder, and his obsession to solve the case resurfaces.

Wu Zhizhen (Gwei Lun Mei), the widow of the factory worker Liang Zhijun, is identified as the main suspect in the series of dismembered bodies. Zhang’s ex-partner brings him the information on Wu and correctly observes that, “she’s connected to three murders. Every man she’s with ends up dead.” The relationship that ensues between Zhang and Wu can only be described as a feeling of unease. Gwei perfectly executes the role of Wu, non-threatening in appearance but obviously a woman of secrets. Diao scripts the seduction between Wu and Zhang to contrast the common associations of the word: passionate and romantic. Instead the interactions between the two leads feel cold and calculated, contributing to jolts within the film that interrupt the slow and steady pace.

The ending only enhances the oddity of the film. The fireworks that disrupt the bleakness of the sky can be interpreted to mean several things. From a visual standpoint, the contrast between the colors is perplexing and further contributes to the uncertainty and mystery that exist within the narrative. “Black Coal, Thin Ice” is filled with risk – both visual and storyline. Diao uses these risks to elevate the social realism commentary in the film and make us feel uncomfortably intrigued.