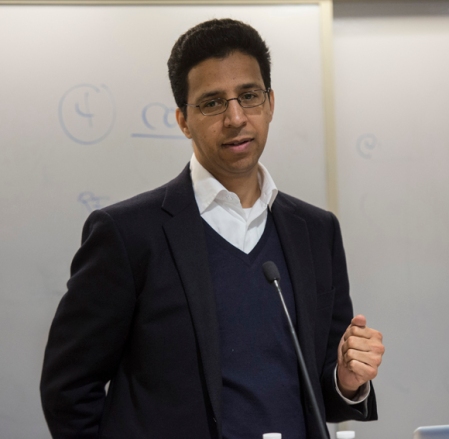 As the Shanghai bureau chief for the New York Times, Barboza is able to conduct much of his interviews in Chinese without the aid of a translator. But this was not always the case. When he first moved to China 10 and a half years ago, he needed a translator by his side for every interview. “The language barrier was really … difficult for me to adjust to that the first couple of years,” Barboza said.

Interviewing non-English speakers was one of the first challenges he encountered as a foreign correspondent. Barboza was at first embarrassed by his dependency on translators who were sometimes “almost young enough to be my child,” especially when he was unable to ask simple questions, such as where the interviewee was from, without a translator.

The addition of a translator changed the interview dynamic to which Barboza was accustomed – having both questions and answers go through a translator took away from the journalist’s autonomy and control over the situation. “I felt really uncomfortable because as a journalist, you’re used to leading the interview,” he said.

Determined to overcome this obstacle, Barboza hired a tutor and worked hard to improve his Chinese. “Now I can do interviews on my own,” he said.

However, the language barrier also includes non-verbal cues and certain ways of saying things that only someone familiar with the Chinese culture would detect. “(In) one case, my translator was translating and said to me at one moment, ‘I think they’re telling us we should leave,’” he recalled.

Learning to adjust to the different culture and way of asking questions can only be gained through experience. And having spent close to 11 years conducting interviews in Chinese, Barboza has learned to pick up on the subtleties in the Chinese manner of expression.

Cultural differences aside, Barboza emphasizes that foreign correspondents have a responsibility to be aware of the biases they may have when writing on issues in another country. “I’ve grown up in a different way, I bring to it my perspective and so I try to think about that,” he said. “I try to be considerate but I am an outsider and I’m going to be writing differently than someone who’s an insider.”

Ethical reporting is the foundation of Barboza’s principles of journalism. In his Pulitzer Prize-winning piece on the Chinese premier, he made sure to contact all people involved in the story and give them the opportunity to clarify details or tell him he had gotten it wrong. Barboza believes in fairness and says he appreciates criticism from readers to help put his articles into perspective and point out prejudices that, as an American journalist reporting from China, he may unintentionally convey.

“If you’re trained as a good journalist,” he said, “you’re constantly thinking about ethics and responsibility and professionalism.”