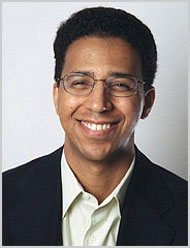 CLAREMONT, Calif. – Since David Barboza published his Pulitzer Prize-winning articles on the family wealth of China’s premier, he has been the object of intense attention from the Chinese government, becoming the target of threats, intimidation and government surveillance.

While he was always of some interest to the Chinese government, the New York Times Shanghai bureau chief recently told journalism students at Claremont McKenna College that he believes his articles, which suggested deep government corruption including the accumulation of billions of dollars by relatives of Premier Wen Jiabao, focused attention on him like a laser beam.

Barboza’s targeting by the Chinese government manifested itself in the form of surveillance and threats. Barboza spoke of how his articles impacted the number of threats he receives, and whether these threats influence the way he reports, during his Sept. 22 visit.

Risk-taking and investigative journalism go hand in hand when it comes to reporting the truth, something Barboza says he has known since his earliest days as a freelance reporter and a research assistant for The New York Times. Reflecting on his first full-time post as a business correspondent for the Times in Chicago, Barboza remembers receiving threats. One in particular stands out, when he was writing about a New York company that had links to organized crime and received a voicemail saying,” We’re going to chop you into a million pieces and put you in a tire.” He was not deterred, and remained committed to reporting with honesty and integrity.

“‘Billions Amassed in the Shadows By the Family of China’s Premier” in May 2012 was Barboza’s most prominent article and he admits it increased the Chinese government’s concern about his reporting. Prior to that story, he believes, Chinese authorities were not overly concerned about him since he reported on business practices and was based in Shanghai, which is less of a political hub than Beijing. “I think because I’m a business reporter, although they followed me, they just didn’t think that I would write about a political issue or political family,” Barboza said. “I think that was really shocking.”

Upon finishing the piece and preparing to publish it, increased threats and danger were immediate and apparent. Fearing backlash, Barboza left Shanghai with his wife, Lynn Zhang, and published the article from Tokyo. While writing subsequent stories, Barboza found government surveillance far more intrusive and a greater hindrance to his work.

On several occasions his interviews have been cut short by operatives who Barboza assumed were acting on behalf of the Chinese government. Once in Guangdong province his interview was interrupted by a knock at the door; a Chinese person pulled aside his interviewee, and when he returned he claimed to have a headache that prevented him from completing the interview. To Barboza it was clear the man was told to cancel the interview.

Whether it be listening devices, physical surveillance or threats, the Chinese government has made it clear it views Barboza’s reporting as potentially threatening to its regime. This is not just an issue for Barboza as a Pulitzer Prize winner, but instead an issue for any reporter working in regions with authoritarian regimes.

Barboza maintains that the sign of a good investigative journalist is maintaining journalistic standards despite threats. “I do think many journalists let these threats affect their reporting,” Barboza said, “[but] no matter what the government does or a company does, I am going to try to be as fair as possible.”